“Think outside the box.” It’s something we’re told time and again in both our personal and professional lives. In many ways, it’s just shorthand – a stand-in for what you’re really being asked to do, which is “think creatively.”

In your personal life, you do this all the time. Maybe you just got home from a hard day at work and want to cook dinner, but realize you only have 3 of the 5 ingredients you need. Instead of ordering out, which is what you would do if you lived inside the box, you use those ingredients, along with others from the pantry, to come up with something fresh and unexpected.

The same is true in the world of business. For a clear-cut example of a person who lived outside the box, look no farther than Steve Jobs. All throughout the 1990s and 2000s, Apple had been looking for a way to enter the cell phone market. They often found partners willing to give up complete control over the software end of things, but found few takers in terms of giving Apple the oversight into the hardware end of the equation they wanted. Jobs went to nearly every major hardware manufacturer with his terms and none of them took the bait.

Conventional thinking tells you that in that situation, Apple shouldn’t make a phone. He started playing a game by somebody else’s conventional rules and by that point, he had lost. Instead, Jobs just changed the game he was playing in the first place. In order to get what he wanted, Apple became a smartphone manufacturer overnight. He released the iPhone a few years later and the rest, as they say, is history. 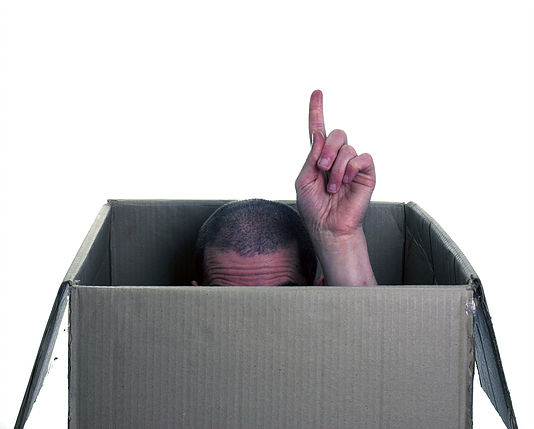 Man having a cerebral moment thinking outside of the box.

Training Yourself to Think Outside the Box

Thinking outside the box both personally and professionally is something that you can do in a few core ways. When brainstorming new and creative approaches to a problem, regardless of what that problem may be, always try to focus on your ideas. Too much freedom can actually harm your creative output, not help it.

Likewise, you should always try to generate a high QUANTITY of ideas, not necessarily quality ones. Don’t second guess yourself – there is no approach to a problem that is too “off-base” or too “random” when you’re thinking creatively.

If you come up with 100 ideas and 99 of them are terrible, this may initially seem like a failure. But when you consider that the one idea perfectly solved your problem and you wouldn’t have gotten there had you not gone through the other 99, what does that actually matter?

Can You Think Outside the Box in a Data Analytics World?

All of this is terrific in theory, but in practice things get a little more complicated when you consider the big data world that we’re now living in. According to a study released by the Economist Intelligence Unit, 60% of all business professionals feel that the insights generated by data analytics are helping to generate additional revenue within their organizations. Likewise, 83% say that these insights are making existing products and services more profitable than ever.

The answer is a resounding “yes” – if you assume that your relationship with big data and data analytics is “my team plugs numbers into a computer and then the computer tells me what to do.” When you begin to realize that this isn’t the relationship you’re a part of at all, you can understand just how important thinking outside the box still is.

Remember that at the core, data analytics are NOT about automating the decision making process. They’re about insight – or giving yourself the ability to gain a much more accurate, deeper understanding of the problem you have in front of you. Data analytics aren’t designed to take the step for you. They’re intended to make sure you have everything you need to KNOW that the step you’re taking is the right one.

When you stop thinking of these two ideas – thinking outside the box and data-driven objectivity – as being at odds with one another, you essentially combine them into a single, mighty weapon. By opening the door for both intuition AND logic, you not only create a more holistic approach to the decision making process, but one that is much more insightful than ever before, too.

Let data analytics detect the pattern so that you can interpret that pattern using your own intuition and experiences. THIS is the goal that you should be striving towards.

History has shown us time and again that thinking outside the box isn’t just necessary – it’s important. This is true both in terms of how you live your life each day, along with the steps you take in your professional life as well. Even though many organizations around the country are turning towards data analytics to help extract valuable insights in real-time, it’s important to keep in mind that this is only one part of a much larger story. Data analytics aren’t designed to replace human instinct and intuition. They’re designed to supplement them. To empower them. To work with them to create something much more powerful than either element could be on its own. THIS is the core component to success in the modern area and its one that company leaders would do well not to forget.

Data and the Cloud: What are the implications of the 21st Century Digital Frontier 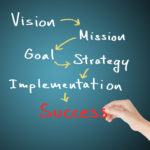 Building Analytics Strategy for the Journey Ahead 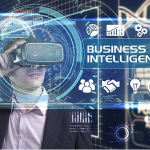 Trending Intelligence Tools on the Industry’s Radar for 2017 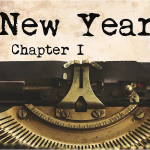 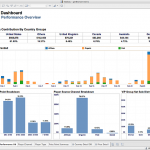